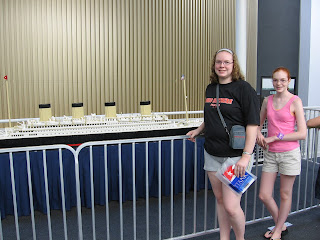 Here we are. Week 2 of Change Write Now. I survived week 1. Huzzah!

How are things going for Team For Our SAKES? Things are going well! We’ve got awesome goals for this week and I’m so glad that I get to talk to these girls every day. Some have added on additional, unofficial goals for the challenge…like writing ones…and now I’ve taken to bothering said team member on Twitter to make sure she’s getting her writing done. I’m truly LOVING this team. Do we rock? I’m fairly certain we do!

How are things going for me? I’ve made a goal to work on exercising more this week. I did pretty well last week, but I need to do even better. Also need to blog more. Thus, this. I know, you feel very loved.

That’s all for now, folks!

This novel is my baby. And while I’ve decided that other projects I’m working on are much more marketable than this one (not to mention just…better…as my writing style has changed since I finished my pre-querying revisions on this one), I still would love to see this novel in the world someday. Down the road. Maybe.

Anyway, for some reason, I decided to share the first few chapters with my two penpals. We share writings with each other from time to time, as two of us are writers, and it’s just fun. Since I stopped querying this particular novel, I started revising it again, trying to make it better and make more sense and make it sound more like my current style. I only have about four chapters (out of twenty-three) re-revised currently.

In sharing the first few chapters with my penpals, now they want to read more. What does this mean? This means I need to actually open my notes for this novel back up (I had to fish them out from under my bed last night after my one penpal DEMANDED more. Yes, in all caps and everything), and get back to my very slow re-revisions. If nothing else, at least then this novel won’t just be sitting in the back of my mind, nagging me to pay attention to it like it has for a while now.

So here’s to revisiting old projects, just because. 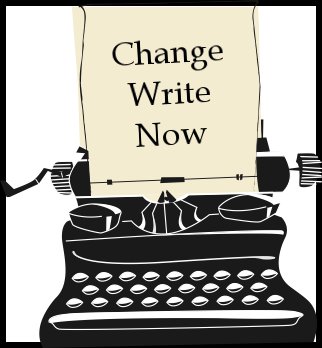 I’m embarking on a new challenge this month. It’s called Change Write Now and it’s a habit-changing challenge taking place in the writing community. The basic idea is everyone has been split into teams (Go Team “For Our SAKES”!) and is competing to earn points each day…for eating healthy, exercising, creating one good habit, and breaking one bad habit.

My eating goals revolve around losing some weight I put on over the course of last year (which also goes hand-in-hand with a different weight losing competition I have going with my dad currently). Luckily, many of my teammates have similar weight loss goals, which is going to be great motivation for me!

But the good habit I’m trying to pick up is in posting on this blog more often. I’m aiming for three times a week, at least to start. Hopefully that will work out!

Anyway, this was just a quick post to introduce all of this fun and let you know what’s going to be happening for the next couple of months!