Here we are…the end of another year (and another decade. Wow). I think it’s natural to feel a need and desire to look back over the previous months, reflect upon the last 12 months. It’s everywhere, on social media and in those family holiday letters so many people (myself included) write to include with Christmas cards.

In many ways, I feel like 2019 was a year of transition for me. Not in quite the way 2017 or 2018 were, because those were very physical transitions — first, in 2017, wrapping up the year with my first trimester of pregnancy…and then, in 2018, giving birth. No, 2019 was a year of, I feel, mental and emotional transition in my world.

In the most obvious way, I continued growing in motherhood. My daughter was newborn to five-months-old in 2018, so 2019 brought the second half of her first year of life, and now she’s blossoming in toddlerhood. It was sometime in the spring, I think, that I felt myself growing more confident in the whole mother role, including feeling comfortable in taking K out and about in the world (on errands, to library storytime, etc.) on my own. This might seem like a small victory, a small transition, but for me it was everything. My confidence was shaky at the start of motherhood, for a number of reasons, so suddenly feeling capable of handling my baby/toddler in public on my own was a huge boost for me mentally.

And I started coming into my own throughout the last 12 months, outside of motherhood. I recognized I missed writing and my goals and the community that used to surround both. After giving birth, I will admit that in those few months that followed, I did not know how writing could possibly fit into this new world in which I lived — even though I participated in NaNoWriMo in 2018, I never expected to actually cross the finish line (and I didn’t), although I was proud of writing anything at all. And as 2019 began, I was still unsure how writing could fit into this new mothering role of mine. Imagine my surprise when, as my daughter turned a year old and my confidence in mothering grew too, I began to feel more confident in my ability to return to goals and dreams and talents I had had prior to pregnancy.

Imagine my even bigger surprise that, as my confidence grew throughout 2019, I actually wrote over 50,000 words during NaNoWriMo in November this year, finally crossing the finish line for the first time as a mother!

I’m sure my confidence and growth will take any number of hits in the coming year; it’s just a fact of being a toddler mom, I’ve learned, because things change suddenly as K grows and learns and becomes her own person. But I truly hope that the lessons I’ve learned and confidence I’ve gained throughout 2019 will stick close by, allowing me to help both her and I continue to grow and learn together. 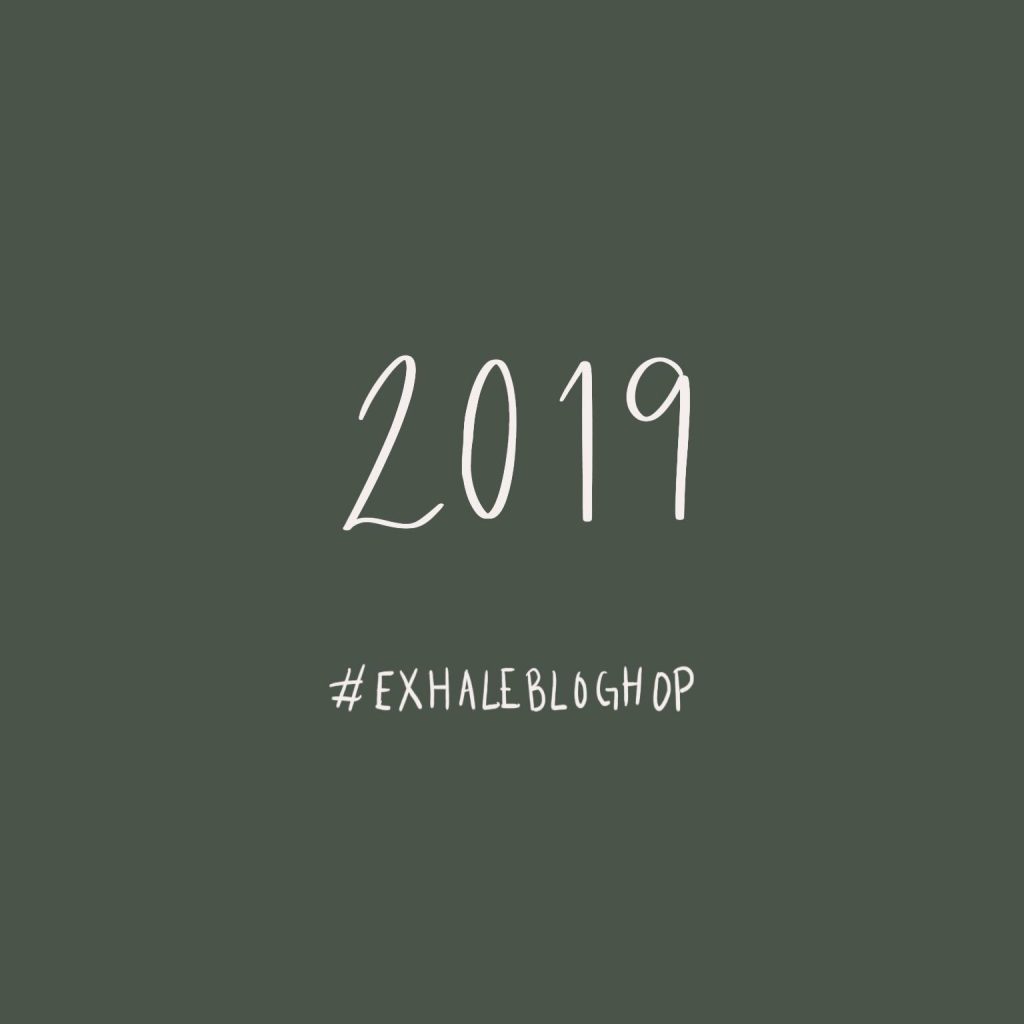 This post was written as part of a blog hop with Exhale—an online community of women pursuing creativity alongside motherhood, led by the writing team behind Coffee + Crumbs. Click here to read the next post in this series “2019.”