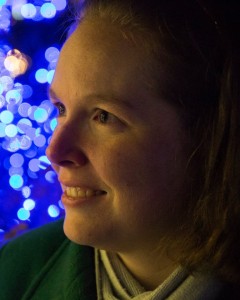 Erin’s been living in her own imagination for pretty much her entire life. So in early elementary school, when she learned the writing down stories was a thing that people do, of course that was something she started doing constantly.

Flash forward a couple of decades, and she’s still at it. She studied Creative Writing while in college at Ohio Northern University, and then started getting real serious about finishing novels as soon as she graduated. The characters in her head often just will not shut up, so writing down the sometimes twisted stories that they tell her is something she just has to do.

She currently lives in Columbus, OH with her fiancé, Alan. When not playing god in her stories, Erin does Irish dance with Columbus Celtic Dancers, plays handbells, reads pretty much everything she can get her hands on, and has a tendency to binge watch TV shows on Netflix.